GYTA fiber optic cable is a stranded structure. Put the optical fiber into the loose tube, and fill the tube with waterproof compound. The center of the cable core is a metal reinforced core. For some fiber optic cables, a layer of polyethylene (PE) needs to be squeezed outside the metal reinforced core. The loose tube (and filling rope) is twisted around the central reinforcing core to form a compact circular cable core, and the gaps in the cable core are filled with water blocking fillers. Plastic-coated aluminum tape (APL) is longitudinally wrapped and then extruded into a cable with a polyethylene sheath. GYTA optical cable has good waterproof performance and is suitable for occasions where pipe laying is the main method, and overhead laying can also be used. 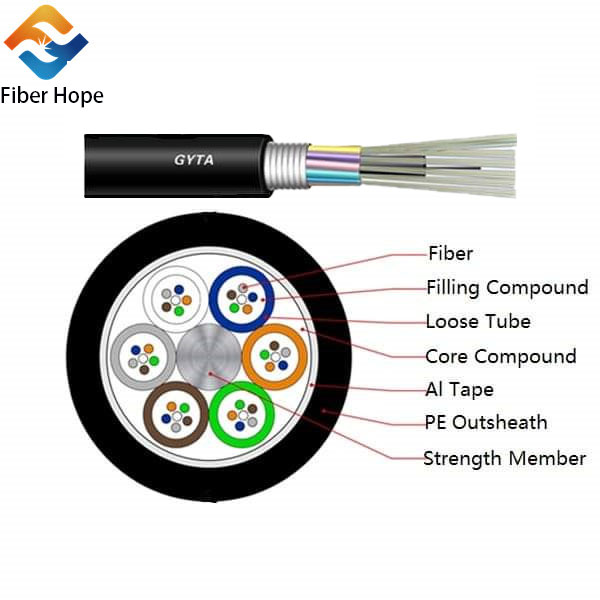 The core structure of GYTS optical cable is the same as that of GYTA. The difference is that its sheath is double-sided chrome-plated plastic coated steel tape (PSP) + polyethylene. Compared with GYTA fiber optic cable, GYTS fiber optic cable has better resistance to lateral pressure and is suitable for scenarios that require greater pressure on the side of the fiber optic cable. In the pipeline laying method. 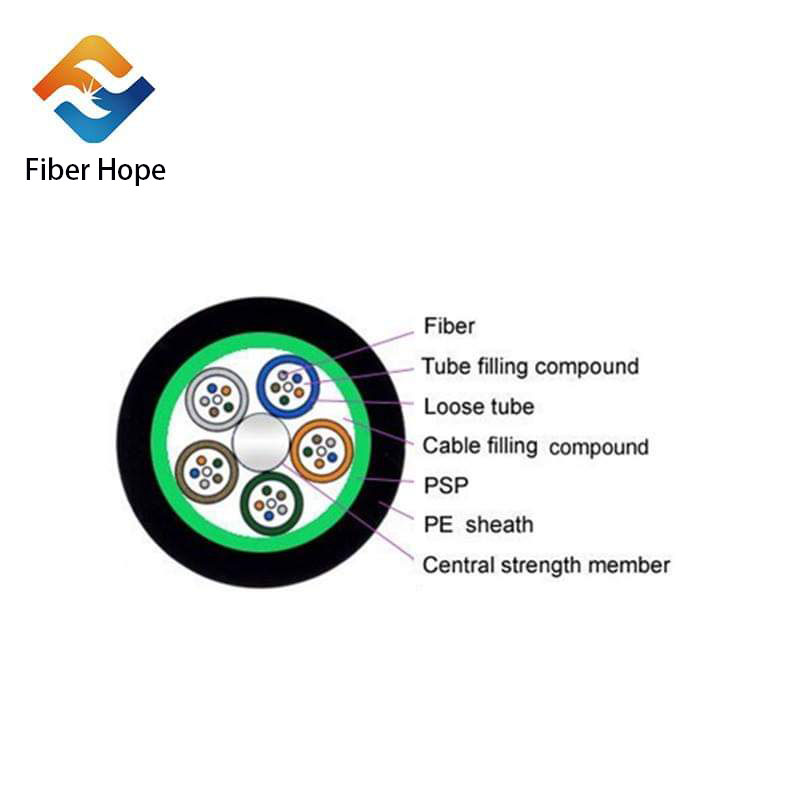 GJXH optical cable is to place the optical fiber in the center, two parallel steel wires are placed on both sides as strengthening elements, and the low-smoke halogen-free flame-retardant sheath is extruded into the cable.

GJXH optical cable has 1 or 2 cores in common use, the short and long axis dimensions of the sheath are 2mm and 3mm respectively, and the short-term allowable tensile force (minimum) is 200N. It should be laid along walls or through pipes, and should not be suspended. 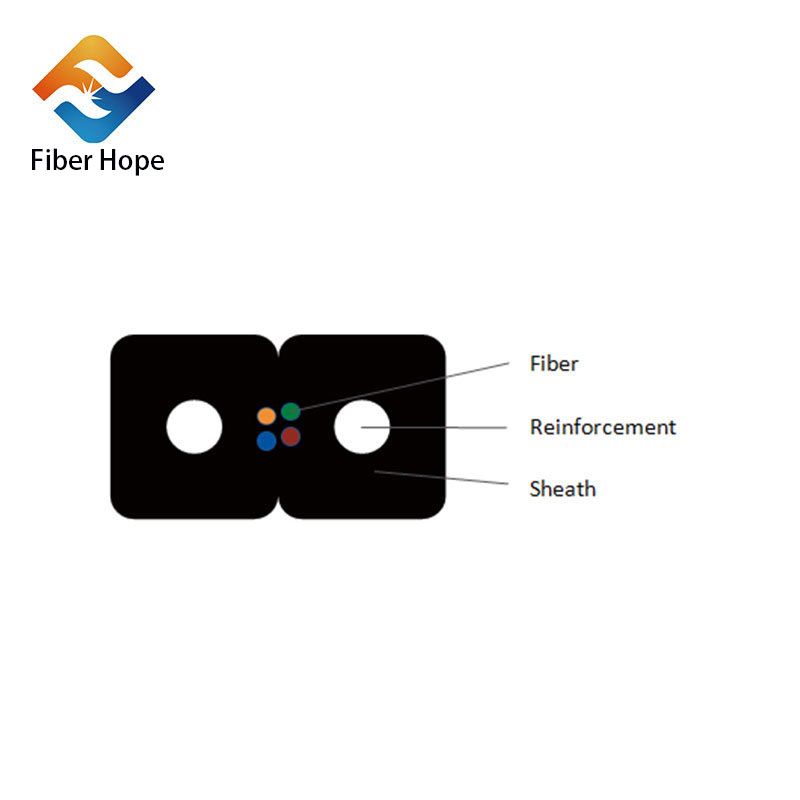 GJYXFCH optical cable is a non-metallic ordinary butterfly drop optical cable (GJFXH) with a reinforced element (steel wire or wire rope) attached to the outside. The common core number of GJYXFCH optical cable is 1 or 2 cores, and the allowable tensile force (minimum) is 600N. It can be placed in the air for short distances (less than 50 meters), and is suitable for introduction from outdoors to indoors.